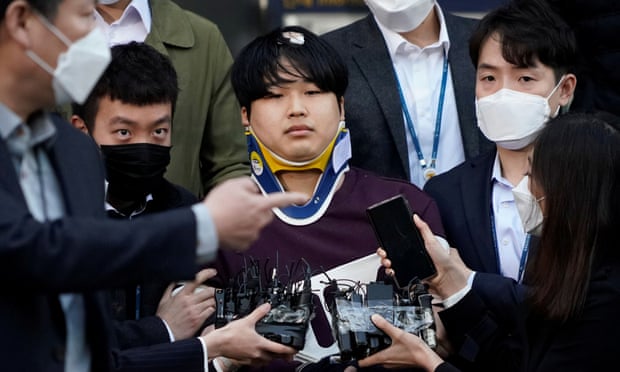 On Wednesday March 18, in the country of South Korea during the Coronavirus pandemic, police investigated an alleged ringleader who created a sexual blackmail ring on an app called Telegram. This app targeted 58 women and 16 underage girls to send heavily sexualized pictures of themselves to the app that included chatrooms.
The ringleader behind this act was Cho Ju-bin, a 24-year-old graduate of Inha Technical College and the editor-in-chief of his college newspaper. Justin McCurry, who writes for the Guardian, said, “Cho [the ringleader] allegedly approached women seeking part-time work and offered them payment in return for nude photographs,  allegedly threatening to reveal the women’s identities unless they sent clips of themselves performing sexual acts, including those involving violence.”
There are even reports about how the victims were pressured to carve the word “slave” on their bodies, which was a pose to show the chatroom users that the victims are in Cho’s control. The Korean National Police Agency stated 124 suspects and 18 operators that were involved with the Telegram had been detained. On March 20, Cho Ju-bin faced the charges of violating the Child Protection act, the Privacy act and the Sexual Abuse act, including blackmail and oppression to the women and the girls who were lured into the Telegram.
Unfortunately, this action to lure women and girls of all ages into the internet where they were forced to expose themselves sexually, isn’t new to South Korea. There has been a protest in Seoul that fights against illegal filming towards women that were taken with hidden cameras in 2018. Yoonjung Seo, a writer for CNN, reported, “In 2019, South Korean police discovered an online group chat that shared sexually explicit videos of women filmed without their knowledge or consent, and named several high-profile K-pop stars as members of the group.”
In South Korean laws, this sexual crime can be punishable up to one year in prison and fines are up to 20 million won ($16,000). Despite the viewer  looking at the oversexualized images of the victims, the viewers had a defense that they didn’t know the victims were underage/minor. Therefore, they weren’t punished.
The South Korean Prosecutor’s Office noted that only 80 people out of 3,449 who were charged with explicit content of children and women went on jail terms between 2015 and 2018. Suhyoon Lee, a writer for the Quartz, reports that, “The justice ministry also apologized to victims, and vowed to raise the maximum jail sentence for digital sex crimes and possibly treat the Telegram chat room members as an organized crime ring in its indictment.” Tae Jung Kang, a writer for The Diplomat, interviewed the head of the Korea Cyber Sexual Response Center, Seung Hee Seo. “South Korea lacks relevant laws to punish crimes related to mobile messaging services such as Telegram.”
In addition, Seo said, “while it is also important to decide punishments, such crimes could recur as long as the so-called “rape culture” continues to exist in South Korean society.” In Seo’s words, rape culture is when the media and pop culture tolerates sexual violence against women. A Lawmaker, Jin Sunmee, strongly believes that those who made the victims suffer and strip them out of their innocence should be severely punished. "Our justice system is too lenient to offenders and it is heartbreaking to think the system has missed its golden time to protect our children," Jin said.
There are movements going around in South Korea for awareness of sexual violence and of women’s rights. There is hope for the victims to raise their voices and help others find theirs.