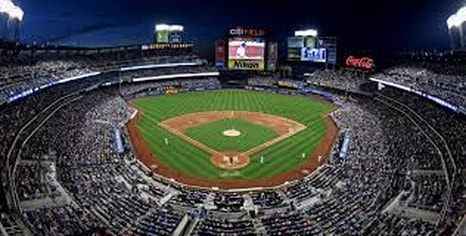 On March 12, Major League Baseball suspended all games because of COVID-19 until further notice. Spring training was close to two-thirds complete, but got cut short because the virus came into full swing right before March 26, the actual start of baseball season. Minor League Baseball has also suspended its season. No final decision has been made as to whether either league or both will suspend the rest of the season or not, but they are closely monitoring information from the Centers for Disease Control and Prevention (CDC), according to Andrew Simon, a research analyst for Major League Baseball.
​
The suspension has caused financial strain, especially for Minor League Baseball. Unlike Major League Baseball, Minor League teams don’t have major television deals that generate a lot of traffic especially during this time when people want to find something to watch. A lot of the money that minor league teams generate comes from ticket sales: fans coming to the park, buying food and merchandise. Major League Baseball teams can get by without fans because they have more sponsors from companies, have ticket packages that people have already bought, television deals where they rerun games that have already happened, and places where people can buy merchandise. Some of the minor league teams have already begun to reduce expenses by laying off workers and furloughing people, according to Dave Sheinin of The Washington Post.

Team owners are currently in negotiation with the Major League Baseball Players Association to pay players prorated portions of their salaries for the 2020 season. The salary depends on how many games are actually played this year. MLB is possibly going to cut the 2020 draft from 40 rounds to as few as five. Bonuses for undrafted players would be $20,000. The draft is scheduled to take place in July according to The Washington Post.

Andy Martino of Sportsnet New York, said that an agreement between the players and the league could be coming in May as to how the rest of the season will play out. There would have to be spring training in June. Regular season games would not come until July if all works the way it is supposed to. A decision on exactly what the season might look like remains uncertain.

Some of the ideas the league are considering are creating “hub” cities to host games, games played in ballparks without fans, and splitting teams between Arizona, Florida, and even Texas.

Some of the players have been playing the 2K20 baseball game on livestream for fans to watch while they are waiting for the season to begin. Even some of the announcers are getting in on the game by scoring the game in scorebooks and calling the games.